If you are a UK player looking for bingo sites Virtue Fusion, then this is the right place for you! Since the take over by Playtech Virtue Fusion has been taken to another level. Bingo players can now enjoy Playtech quality through amazing bingo games. There are many Virtue Fusion bingo sites for UK players to pick from. Below you’ll find them! All the sites listed on the page are the best and safest for UK players. Simply choose the site and bonus you like, click visit and get playing! 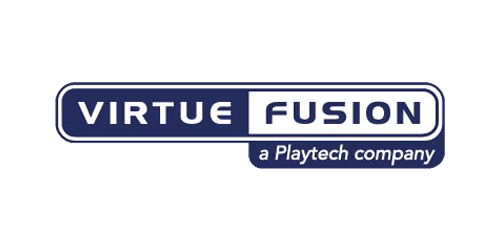 BINGO SITES VIRTUE FUSION THAT GET A THUMBS-UP FROM US!

WHAT IS A VIRTUE FUSION BINGO SITE?

Virtue Fusion is an Alderney-based company that was first established in 1999 as a European-facing software provider that worked alongside online bingo and casino sites like Bet365, Virgin, Sky, Mecca, Paddy Power, and William Hill.

Seeing the potential for further expansion into global gambling markets, Playtech quickly snapped up Virtue Fusion in 2010 for £29 million, and it now uses the software to power its online bingo brands while Playtech software is the platform that features at Playtech online casinos.

Playtech was created by Ted Sagi in Estonia in 1999 as a forward-thinking solution for online gambling operators. It launched its first online casino in 2001, and debuted its 75-ball bingo product two years after. Playtech is also responsible for creating the internationally recognised iPoker network.

Bingo sites Virtue Fusion software is currently used at include Gala, Buzz, and Mecca Bingo, and the parent company (VF2011 Ltd.) acts as the operator.

Bingo sites Virtue Fusion powers are all fully regulated and licensed by the Alderney Gambling Control Commission and the Gambling Commission of Great Britain.

Since Playtech took over Virtue Fusion, brands that are members of the VF network usually display Playtech’s name, rather than “Virtue Fusion”.

As bingo sites Virtue Fusion works with are limited in comparison to software developers like Dragonfish and Jumpman Gaming, new site launches are rare. However, you can count on ThumbsUpBonus to bring you news as soon as any new brands join this network.

Visit Site
View Bonus Terms & Conditions
Free bingo available for 24 hours upon registration with no deposit required. Claim six free tickets for 30 games in the Free For All bingo room, between 9am-9pm. Full T&Cs apply. 10 Free Spins are credited upon your first £10 deposit, are limited to 10p per spin and can be used on Fluffy in Space slot only. Free spins must be used within 48 hours of qualifying. All winnings are uncapped and credited to your real money balance. Wagering, Withdrawal restrictions & T&C apply.
5

Visit Site
View Bonus Terms & Conditions
First time depositors only. Min deposit: £10. Max offer: Bingo Tickets worth £100 (£50 on Street Party & £50 on Big Bang) plus 10 Free Spins on a game of our choice with winnings capped at £0.50. All winnings will be credited to your real money balance. Free Spins expire after 7 days. Promo code: IDOL. Deposit balance is available for withdrawal at any time. General withdrawal restrictions & Full T&C’s apply . Valid until 31.12.19.
7

Visit Site
View Bonus Terms & Conditions
£5 bonus cash available only to 18+ new players who provide valid debit or credit card details. A wagering requirement of 8x bonus funds (£40) must be met prior to cashing out. Bonus funds valid for bingo games only. T&Cs apply. 18+ new players only. Minimum deposit £10. Maximum amount of tickets is fixed at 120. Tickets will be awarded to 4 specified rooms only, 30 tickets per room. Max 6 tickets per game. Winnings in real cash. Wagering, Withdrawal restrictions & T&C apply.
8

Visit Site
View Bonus Terms & Conditions
18+ only. UK & ROI residents only. New customers only. Registration required. Players must deposit and spend £10 cash on bingo. Min £10 deposit. £30 bonus includes £10 Side Games bonus which must be wagered x 30 before withdrawal and £20 bingo bonus which must be wagered x3 before withdrawal. Side Games Bonuses can only be spent in the Side Games section of the Slots Page or the Top Slots section in the bingo lobby. Bonus expires 7 days after receipt if not used entirely. Promotion ends 23:59 on 14/05/2019 . BeGambleAware.org. Please play responsibly. Full T&Cs apply
21

Even though bingo sites Virtue Fusion software is used at are all members of the same network, they are often owned by different companies. For example, WHG (International) Ltd. owns William Hill Bingo while News Group Newspapers Ltd. owns Sun Bingo.

Because of this, not all of the promotions and games are the same, so it’s worth bearing this in mind when looking at the key features of Virtue Fusion bingo sites.

The majority of bingo sites Virtue Fusion helps to power offer newcomers the chance to claim a generous welcome package. Most VF brands require you to deposit and spend a specific amount before you can qualify for their welcome promotions.

Other schemes gives you loyalty points each time that you buy tickets with real cash funds, and the more points you earn, the quicker you’ll gain promotion through ranks such as Little Duck, Halfway House, Top of the Shop, Sunset Strip, and Queen B. You can also convert your loyalty points into bonus cash to spend on all of your favourite games.

Most of the bingo sites Virtue Fusion software is used at run weekly and monthly prize draws that you can enter by playing selected slots during the qualifying period. Plus, new players needn’t be shy or scared as the dedicated newbie rooms allow you to learn the ropes at your leisure while also making new friends.

Why are Bingo Sites Virtue Fusion So Popular?

As we mentioned earlier, bingo sites Virtue Fusion operate are fully licensed and regulated by authorities in both Great Britain and Alderney. All of these brands are committed to responsible gaming, which means that they encourage you to never spend more than you can afford, as well as allow you to set limits on how much you spend. Many of the same sites such as Mecca and Gala have won multiple awards for their online bingo products and they also boast thousands of positive player reviews across the Internet. So, it’s small wonder that they’re some of the most trusted places to play bingo online.

Privacy and security are taken very seriously at bingo sites Virtue Fusion operates and, therefore, you can be sure that market-leading security technology is in place. Payments are handled by secure payment processing companies, and strict privacy policies help to ensure that your details aren’t shared with unauthorised third parties.

The instant-play platforms make VF brands extremely popular with online bingo fans as it saves you having to download and install specialist software. Most web browsers are supported, including Internet Explorer, Firefox, Chrome, and Microsoft Edge, although you may be required to update to the latest software version prior to playing.

Each ticket contains 12 numbers across 4 joined cubes, and when all of the numbers on a square have been marked off, the cube drops to the bottom. Get all four cubes to drop, and you’ve got yourself a full house. There’s also a Cash Cubes Bonus that’s awarded when you collect 50 cubes of the same colour.

Rainbow Riches is an extremely popular VF bingo variant that made its debut in 2015. Naturally, it’s based on the world-famous Rainbow Riches slot by Barcrest, and it uses 40 balls. You can win prizes by completing clover (or lines) or calling a full house, and there are also two special features (the jackpot and the Wishing Well feature). Tickets cost between 5p and 10p each.

Britain’s Got Talent gives you the chance to win up to six cash prizes in each game. The room opens between 9 AM and 11 PM, and there are prizes for a full house, two lines, one line, and another three bonus prizes.

The Lucky Numbers Jackpot pays out between 50p and £250 if the full house, two-line or one-line prize is won with your lucky number, and the Judges Jackpot awards the winner half of the £250 prize pot and the other half to everyone who holds tickets for the winning game.

The Deal or No Deal Feature is offered to the full house winner who must choose to accept the Banker’s deal or take the prize in the box that was chosen at the start of the game.

Age of the Gods is a new networked room that features at bingo sites Virtue Fusion powers, and it’s based on Playtech’s famous online slot. Some Age of the Gods games use the simple 90-ball format while others include the Arena of the Gods feature game which is presented to the full house winner. The winner must try to find three matching gold symbols from the selection of nine coins. There are four different jackpots up for grabs which either offer a cash prize to the winner or the active players or a mixture of both.

X Factor and Emoji Bingo are both games that are exclusive to Mecca Bingo.

Range of Side Games

Some of the most popular games at VF sites include Pixies of the Forest, Who Wants to be a Millionaire Megaways, Eye of Horus, Shaman’s Dream, Fluffy Favourites, Ted, Clover Rollover, 88 Fortunes, and Bonanza.

It’s not just online bingo sites Virtue Fusion powers as the brand’s software is also used at many leading online casinos under the Playtech name.

Examples include Bet365 where you can play everything from live dealer games and scratch cards to slots, progressive slots, and table games.

In a similar vein, William Hill Casino is another prime example of a bookmaker that has expanded into other areas of online gambling. The casino features a myriad of popular Playtech progressive jackpot slot games such as Age of the Gods – Ruler of the Seas, Gladiator, Aquaman, Beach Life, Gold Rally, Bounty of the Beanstalk, Adventures Beyond Wonderland, Superman The Movie, The Glass Slipper, and Batman & Catwoman Cash.